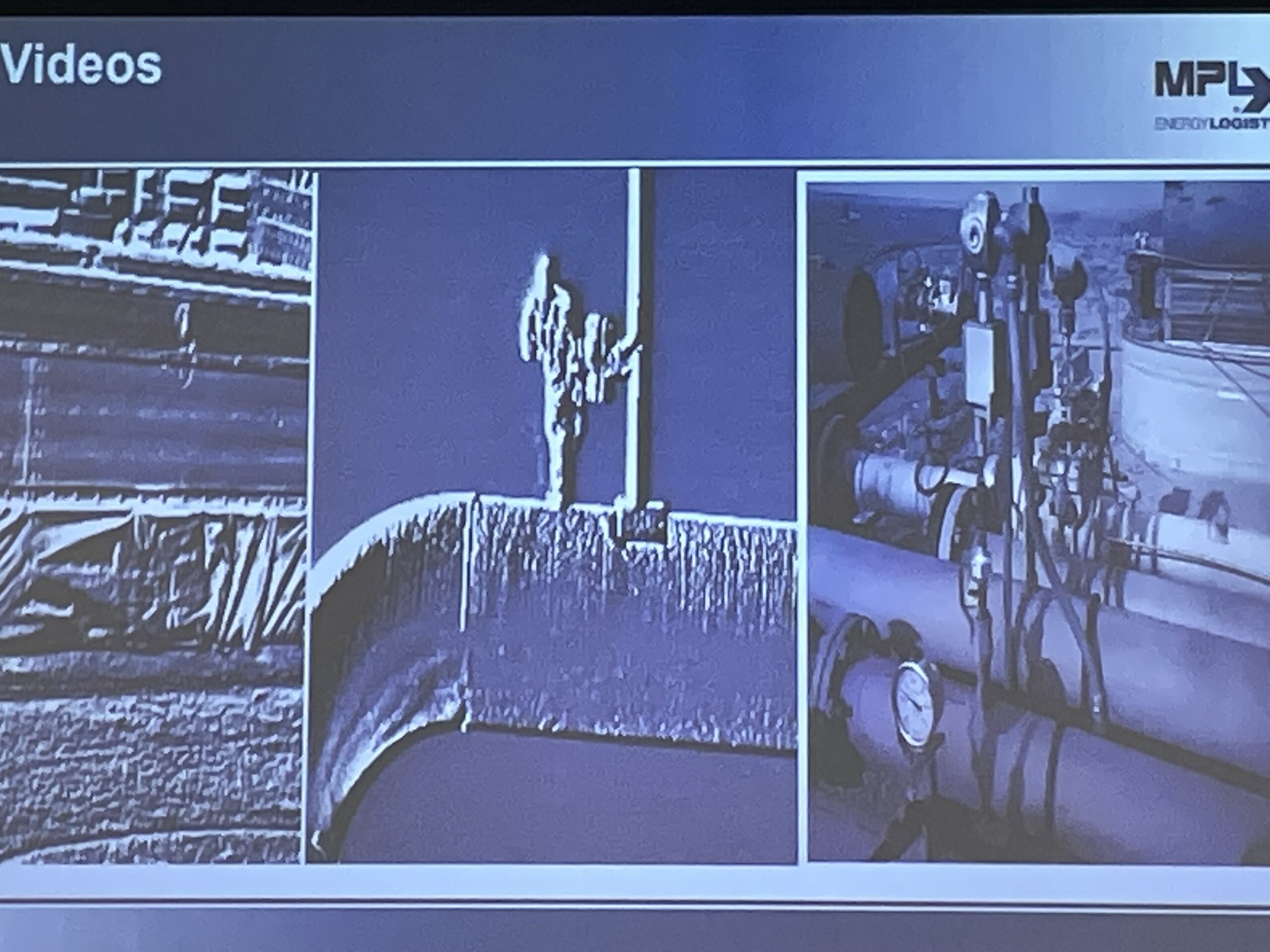 A local company in the oil and gas industry is leading the way in voluntary emissions reductions and industry and beyond is taking notice. Not only has Marathon Petroleum received awards for their leak detection and repair but their efforts are saving the company millions of dollars. Marathon Petroleum Environmental Technician Megan Horrocks presented to the Vernal Chamber on Tuesday. She detailed her work as a Level II Thermographer responsible for using a special camera to monitor all the company’s facilities for leaks on a quarterly basis. In 2020, Marathon Petroleum operated one gas processing facility and eleven compressor stations in the Uintah Basin. During that year, Megan found 202 leaks that would not have been detected under current facility regulations. All the leaks were treated like regulated leaks and were repaired. This resulted in Marathon Petroleum reducing emissions from these facilities by 75 percent which was enough CO2 emissions captured to power 254 homes for an entire year. As a result, Megan and her team received a conservation award from the Department of Natural Resources for oil, gas and mining.