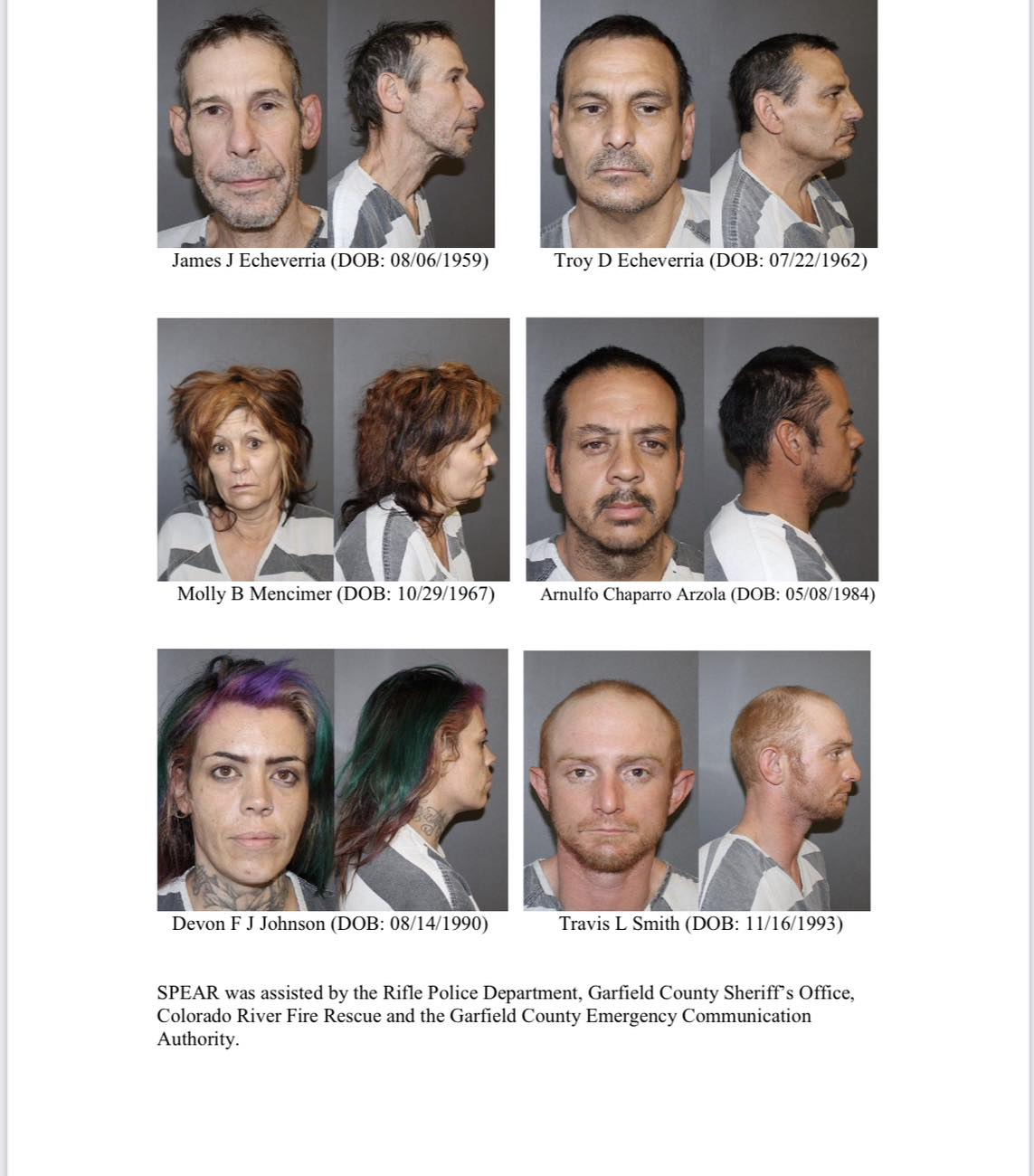 Six people were arrested in Rifle, Colorado on Thursday, January 19th, after the Rifle Police Department obtained a search warrant for a property where it was suspected a stolen vehicle was located. Garfield County’s Special Problem Enforcement and Response (SPEAR) team issued a press release about what transpired. The stolen vehicle was located on the property but that was just the tip of the iceberg. Investigators observed items related to the use of controlled substances and a second search warrant was obtained for an expanded search. Investigators recovered 3 stolen vehicles, 3 stolen motorcycles and seized 4 firearms, over a pound of methamphetamine and 9 pounds of marijuana. The six people arrested on scene were Devon Johnson, Travis Smith, Molly Mencimer, Amulfo Arzola, James Echeverria, and Troy Echeverria. They were arrested on charges ranging from outstanding arrest warrants to possession with intent to distribute and assault on a peace officer. Additional arrest warrants were pending at the time of the press release. SPEAR was assisted by Rifle PD, Garfield County Sheriff’s Office, Colorado River Fire and Rescue, and the Garfield County Emergency Communication Authority.